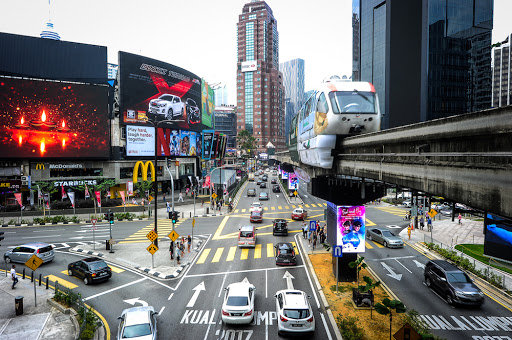 Driving is an interesting mode of seeing the country. An overland journey to Malaysia Thailand and Singapore be made easily driving through the North-South Expressway on the West coast and East-West highway to the East Coast. Car rental services are easily available. Buses, taxis and coaches, both interstate and local ply between various destinations. To drive on Malaysian road, you require a Malaysian Competent Driviong Licence, Probationary Driving Licence or an International driving Licence. To use a foreign licence, get it endorsed by the Road Transport Department. All vehicles move on the left-hand side of the road and that the use of safety belts by front pasengers is mandatory. Buses are an inexpensive way to travel in Malaysia. Most, if not all buses in Kuala Lumpur (KL) are air-conditioned but there are still non-air-conditioned buses in smaller towns around the country. Buses plying routes within towns and cities typically charge fares according to the distance covered while interstate buses have fixed rates.
Taxis in major cities are usually fitted with meters. In KL, the rate is currently RM2 for the first two kilometres and 10 sen for every subsequent 200 metres. However, a surcharge of 50% will be levied between midnight and 6am. Interstate and smaller town taxis charge a fixed rate and it’s best to settle on a price before getting into the taxi. 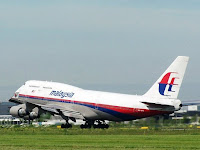 Getting to Malaysia is easy with over 40 airlines, including Malaysia’s own carrier, Malaysia Airlines. All flights arrive and depart at the new state-of-the-art Kuala Lumpur International Airport (KLIA) located at Sepang, about 50 km or an hour's drive south of Kuala Lumpur, the country’s capital. From KLIA, visitors can take connecting flights to most major cities and towns in Malaysia as well as to Sabah and Sarawak. The airport is well equipped with the latest facilities and services to cater passengers either arriving into the country or on a transit to other destinations. Meanwhile, the old international airport, the Sultan Abdul Aziz Shah Airport in Subang, about 45 minutes by road west of Kuala Lumpur, caters only domestic air services.
The national carrier, Malaysia Airlines (MAS), currently flies to more than a hundred destinations worldwide. There is also a small but growing number of domestic airlines serving popular tourist destinations such as Kuala Lumpur, Kuala Terengganu, Pulau Tioman, Pulau Perhentian, Pulau Pangkor, Taman Negara, Kuantan, Ipoh, Penang, Malacca and Langkawi. These airlines are Air Asia, Transmile Air and Berjaya Air. Malaysia has six international airports are at Sepang in Selangor, Penang Island, Langkawi Island, Kota Kinabalu and Tawau in sabah, and Kuching in Sarawak.Malaysia is served by more than 35 airlines including Malaysia Airlines which services 94 international routes around the globe. in addition to Malaysia Airlines (MAS), a number of other airlines including Pelangi Air, Berjaya air and Mofaz Air also provide regular domestic flights to the many tourists destinations and cities within the country.
Please Check for more information:

It is possible to travel by rail within and to Peninsular Malaysia via Thailand and from Singapore. Malayan Railways or Keretapi Tanah Melayu Berhad (KTM) connects all major towns in the Peninsular. First, Second or Economy Class air-conditioned coaches are available.
The northbound Ekspres Langkawi departs nightly from Kuala Lumpur to Arau in Kedah. Arriving in the morning, it then proceeds to Hatyai, Thailand before returning back to Arau in the evening. Senandung Malam is a KL-Butterworth-KL and KL-Singapore-KL sectional nightly service. Sleeping berths are provided in the first and second class coaches. All express services have a restaurant coach serving local and continental cuisine. Tickets may be purchased 60 days in advance from the date of travel. Children aged from four to twelve are charged half the adult fare whilst those below four travel free. Available to foreign tourists is the 30-day or 10-day Tourist Railpass which provides unlimited travel on KTM during that period. 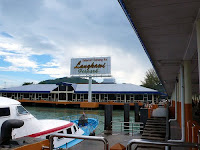 There are several ports of entry in Malaysia, namely Penang, Port Klang, Kuantan, Kuching and Kota Kinabalu. Coastal ferries sail frequently between Penang and Butterworth, carrying both passengers as well as vehicles from the mainland to the island. Apart from that, there are many ferry/ boat services available for mainland-to-island and island-to-island travel around the country. Fast boats and small river crafts are a popular way of getting about in Sabah and Sarawak especially to the more isolated settlements.
There are also sea cruises and river-cruises run by local tour agents. For sea travel within the country there are services available from Port Klang (Selangor) to Kuantan (Pahang) and to Sabah or Sarawak. Besides that, there are also holiday cruises that take passengers to neighbouring countries.
Older Posts Home
Subscribe to: Posts ( Atom ) 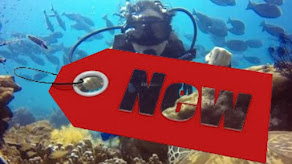 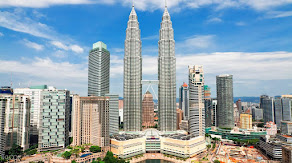 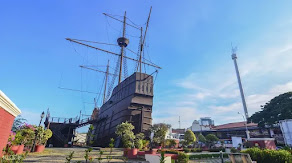